As a brand, SX was only created in 1998, very young compared to other famous brands. But we already had 4 decades of successful OEM/ODM guitar manufacturing experience before that.Our history with guitars began in early 1960s. It's just another story of the great manufacturing industry migration. When guitar manufacture migrated from the States to Japan, then to Korea, then toTaiwan

we got the chance to found a guitar factory inTaiwan, making guitars for many prestige brands around the world. The factory soon became the biggest guitar factory inTaiwan and also became the cradle of numerous Taiwanese guitar makers (who learned how to make good guitars when they were employees of the company). During that period, we learned how to make good guitars and also built up knowledge for the guitar culture. 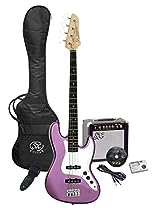